Why measuring the calibration standards on a VNA results in arcs, not dots on a Smith Chart as most people expect.

After performing a calibration of a VNA, many people put the open and short calibration standards on the VNA, measure their S-parameters and think they have a problem as after measuring the opens and shorts are shown as arcs, not dots as they expected! The photograph below shows the HP 8720D VNA screen after the calibration standards of an expensive HP 85052B (26.5 GHz 3.5 mm) were measured. The sweep range has been limited to 7 GHz, with markers at the lowest frequency (50 MHz), as well as 500 MHz, 2 GHz, 4 GHz and 7 GHz. 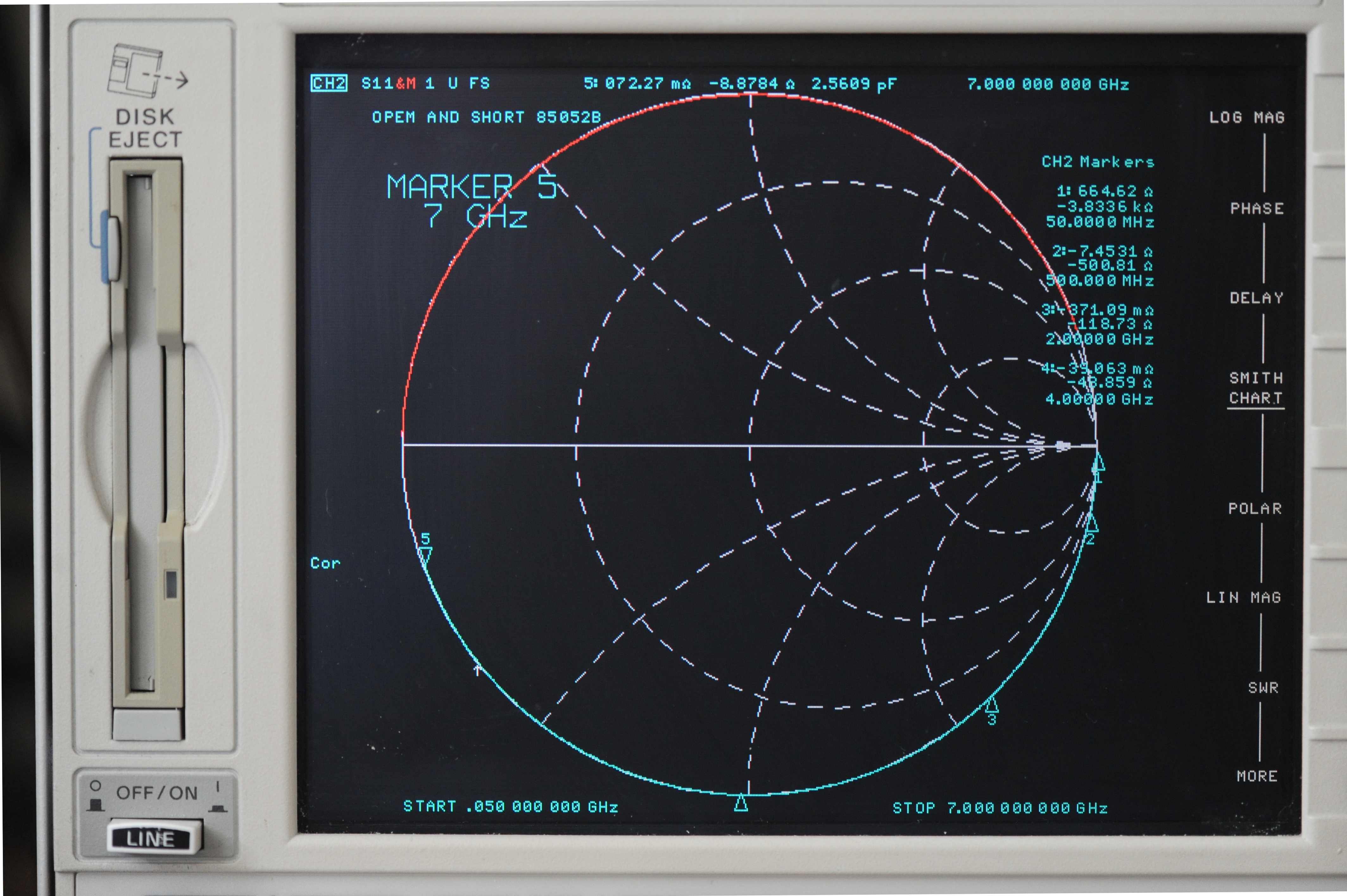 The cyan trace shows the result of measuring the open circuit which is stored in memory. The red trace shows the short circuit. As you can see, they are arcs, even on this very expensive Keysight 85052B 26.5 GHz 3.5 mm calibration kit. Although this is not shown, if the frequency is increased to approximately 7.9 GHz, the short appears as an open, and the open appears as a short! In fact, on a 26.5 GHz 3.5 mm kit, the arcs would have gone around the Smith Chart more than once! Many people do not expect this, so are confused, and believe there's a problem. We will explain why this happens, and why it is to normal.

Some people who attempt to make their own calibration kits go to great lengths to make the offset length of the short as little as possible. Various people write about the important of this. These people do not understand how VNAs perform the calibration, so don't understand the error of their ways. The following shows the phase of the open and short. It is the same data as in the photo above, but just represented as a phase rather than a Smith Chart 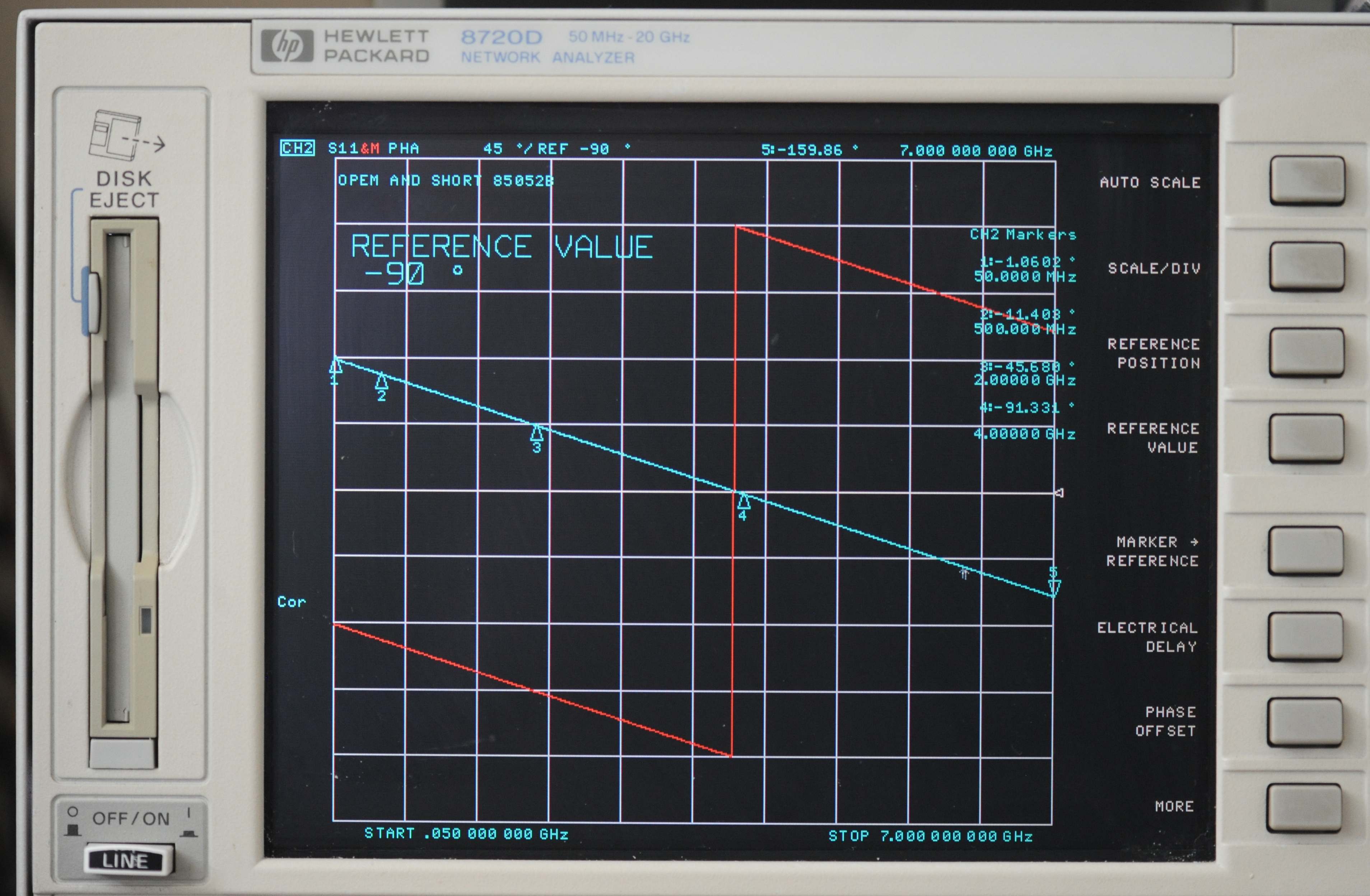 Note the distance between the open (cyan) and short (red) lines is always very close to 4 vertical divisions. Since each division is 45°, the difference between the phase of the open and short are always close to 180°, which is the optimal value for VNA calibration. It leads to the most accurate results, and is less susceptible to noise than if two standards have a phase difference which is not close to 180°.